This was a top secret trip! My other half had a big birthday and turned 30 so I could think of nothing better than a trip to beautiful Rome! It was somewhere he had mentioned visiting and to be honest somewhere I’d always wanted to go. He had 30 little presents to open that started off as little bits and bob leading to Italian/travel themed gifts ending in boarding passes. HE WAS SHOCKED! We went with his Mum and little brother, who nicknamed me the itinerary queen, throughout the trip. I feel like I should justify myself here, when on a city break (especially!), I like to make the most of my time soaking up all of the history, culture, sights, smells and foods that the local places have to offer!

When arrived at our airport in the UK we were pretty early, had our boarding cards to hand and were only travelling with hand luggage – simple. We went straight through security and made our way towards the lounge. Seeing as everything had gone without a hitch we had some food and went to the shops as this pale traveler had forgotten a hat! Plonker! I got a great one, which features in some of the photographs, it is huge but it did a great job of providing me shade in the heat but more of that later. We boarded out flight – which was fine and arrived near Rome. From the airport we walked directly to the train station – a great, direct pathway, and got a train followed by a taxi – as there were four of us it was pretty cheap. After this, we just grabbed dinner somewhere local to the hotel, had a little walk to figure out where we were and went to sleep.

We got up early and headed toward the Vatican as we were staying in this area of Rome. It was beautiful and pretty isolated when we arrived, which was perfect. Then we walked (its a large city but if you take lots of water and wear some good shoes then we found it walk-able!) to Castel Sant’Angelo. From here, we went on our pre-booked Segway tour. If you have read a few of my other travel posts you will notice that we do try and go on Segway tours when possible. Not only are they brilliant fun and quick when covering distance they also allow you to orientate yourself and get an idea of where different landmarks are. Whilst on the Segways, we had a snipet of all the main landmarks and had a blast with the tour guides. They were funny, spoke great English and were knowledgeable and answered all of our questions.  After the tour, we met up with the rest of our party and made our way towards the Trevi Fountain where we soaked up the late afternoon sunshine and had a lovely meal. We then headed back towards the hotel (about an hours walk) to has a nap/freshen up and it was scorching. Then we headed towards the Vatican, had dinner and then went to view the Vatican by night. It was just as stunning in darkness 🙂 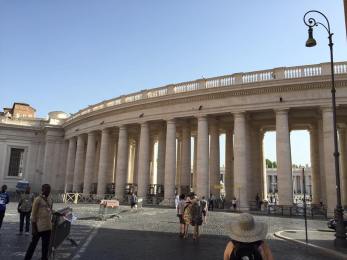 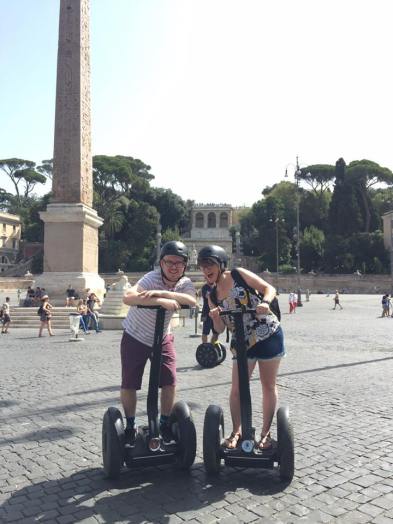 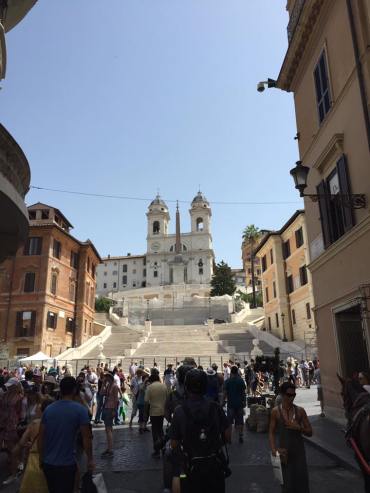 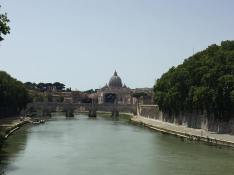 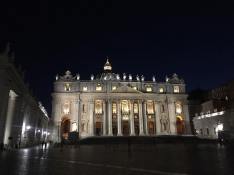 Top Tips: You don’t need to buy water in Rome! There are water fountains everywhere and everyone drinks out of them. Its cool, refreshing and free! Just top your bottle up whenever you see you 🙂

Another early start (a must when exploring a hot city in the middle of summer) and walked towards the Roman Forum. Even though we were early, there was still a big queue for tickets but once inside it wasn’t too busy! It was brilliant walking around, listening and reading information around the site.

Top tip: If you visit the Roman Forum then make sure you want to the top of the sight! It is a steep walk up but the views at the top are incredible! You look out over the site and you can really see the scale of the Forum. (You’re also rewarded with a water fountain which really is needed after the walk!) 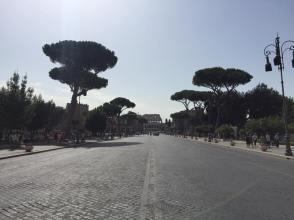 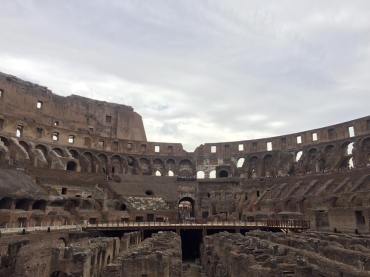 After the morning at the Roman Forum we had some lunch in a lovely little cafe over looking the Colosseum. It was very busy on the way to this cafe!
Top tip: make sure you go out and about with a bag that you can zip and at times bring and wear at the front of your body so that you can see it. – it is like this in most cities though!
Then, again with pre-booked tickets, we skipped the queues and went straight to the front of the line and were soon inside one of the most iconic sights in the whole of Italy, if not the world. I was memorized and we walked around the Colosseum in awe.

On this day, we went out of Rome on an organised day trip to Mt Vesuvius and Pompeii. We hopped aboard your coach at Piazza del Popolo in Rome, and traveled south to Italy’s Campania region. As we traveled, we listened to tales about the colorful southern Italian area and Mt Vesuvius. After the volcano’s infamous AD 79 eruption, lava and volcanic ash destroyed the cities of Herculaneum and Pompeii. Evidence of those ancient streams of lava is still evident in the area. We stepped out of the coach and started our 20/30-minute walk to Mt Vesuvius’ summit, from where the most breathtaking views await. The walk was steep and took a lot of energy and effort. We made our way over trails covered in pumice rock and ash, and then gazed down into the caldera and across the Bay of Naples. We then headed into Naples for a lunch of traditional pizza. From Naples, we journeyed further south to complete your day trip from Rome to Pompeii. Once a thriving Roman city; today the town is best known for its UNESCO-listed archaeological digs, which are home to a wealth of relics. We saw incredibly preserved fossils and other ruins, plus plaster imprints of the town’s victims who were buried for years. These were incredibly moving! We saw the remains of the Forum and Teatro Grande, were some 5,000 people could once be seated. We had a tour guide and they told us all about day-to-day life for the Pompeii locals as we wandered the streets where ancient shops, cafes and even brothels could be found. We didn’t bother too much with dinner and just grabbed some nibbles on the way back to our hotel. 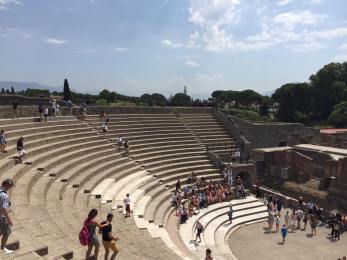 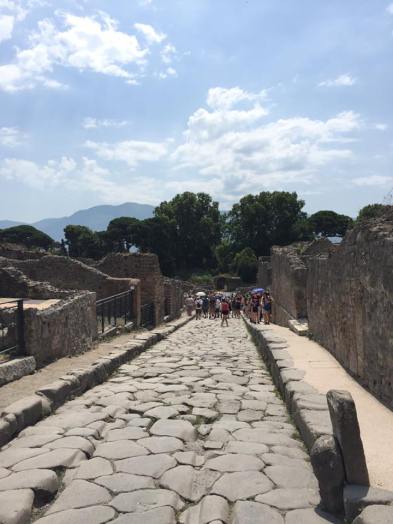 We finally made our way into the Vatican and the museums This was amazing!! There were so many artifacts to look at and so much artwork It was everywhere! Walls, ceilings, floors, everywhere! I can’t really sum up the experience in words, you need to see it to believe it 🙂 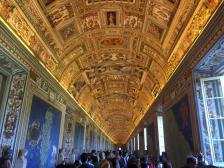 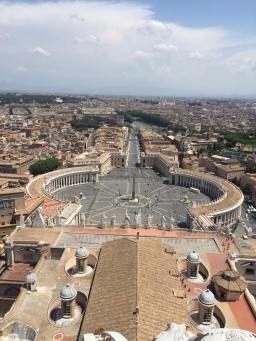 We found that we had just about enough time in Rome as we had very action packed stay. If you had an extra day you would be able to see all of the sights and have more time to watch the world go by and eat gelato. 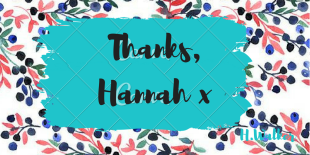